Please open the website on a larger device to use the quick order functionality.

Read our news and blog here

DALI stands for Digital Addressable Lighting Interface and is part of IEC 60929, an international standard for dimming and digital lighting control communication that’s been around since 2002. DALI is very easy to install, extremely versatile and a cost-effective solution but still has great flexibility and functionality. One of the main benefits is that equipment from one manufacturer can be connected to equipment from another manufacturer and due to the common platform, can communicate with each other.
Put simply, DALI is a two-way communication protocol that brings digital technology to lighting, it defines the commands that LED drivers and ballasts need to recognize. The system allows individual LED drivers and ballasts to “talk” to the user, and allows the user to “talk” back via DALI controllers, computers equipped with appropriate software or building management systems.
“DALI sends messages around, and just like computer networks, those messages are picked up by the ballasts via addresses,” “The ballast with that address picks it up and follows the instruction. A simple message would be, ‘All lights in Room 10 turn off.’ You send that message, and all the lights in Room 10 know who they are. They pick up that message and say, ‘It says here I’m supposed to turn off.’ So that’s what I’ll do.”
Most of the hardware used in a DALI system is the same as what’s used in a more typical system. The big difference is that with DALI, LED drivers and ballasts can be linked to a central computer, allowing each to be controlled independently.
Recommended minimum Dali cable conductor size and cable run lengths are as follows:
The new DALI-2 standard helps fill the gaps in the original standard, resulting in significant improvements in interoperability. DALI-2 adds new features, and introduces standardisation of control devices including the recent addition of input devices, while maintaining backwards compatibility.
From a cabling perspective, nothing is cast in stone and there are numerous cable options and configurations that work, if you need any help speak to one of our technical sales team about DALI or any other HA cabling on 01727 840841. 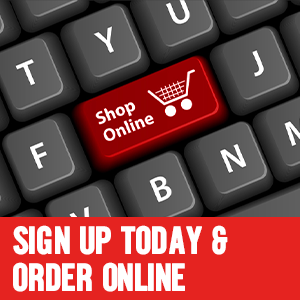